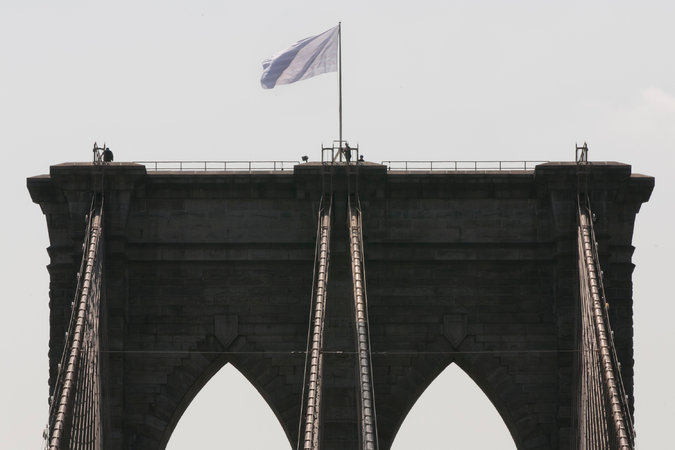 Mystery solved? A pair of artists in Berlin said they were the ones who pulled off the stunt of the summer, hoisting two big all-white flags atop the Brooklyn Bridge last month, swapping them for the usual red, white and blue.

When the flags appeared, rumors flapped: It was a prank or a grave security breach.

But the artists, Mischa Leinkauf and Matthias Wermke, say the flags — with hand-stitched stars and stripes, all white — had nothing to do with terrorism. In a series of phone interviews, they explained that they only wanted to celebrate “the beauty of public space” and the great American bridge whose German-born engineer, John Roebling, died in 1869 on July 22, the day the white flags appeared. Continue reading on NYTimes.com