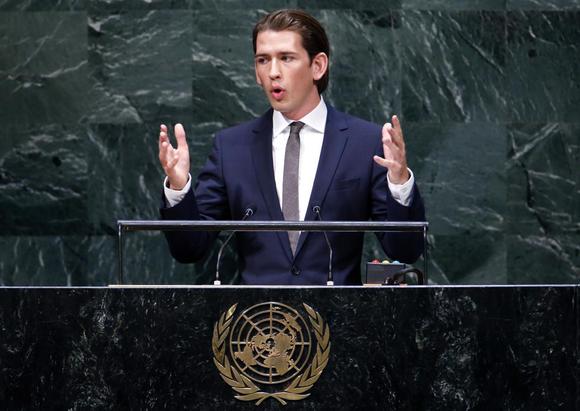 (Reuters) – Austria’s youthful foreign minister began his address to the U.N. General Assembly on Saturday by acknowledging his place in the world and offering something rarely seen during the annual meeting of world leaders.

“I look a bit younger than most of the other speakers before,” said Sebastian Kurz. “Indeed, I believe I am the only person under the age of 30 who has the privilege of speaking here this week.”

“What I can offer is the perspective of a young generation,” said Kurz, 28, who in December was appointed foreign minister of the Central European country of 8 million people.